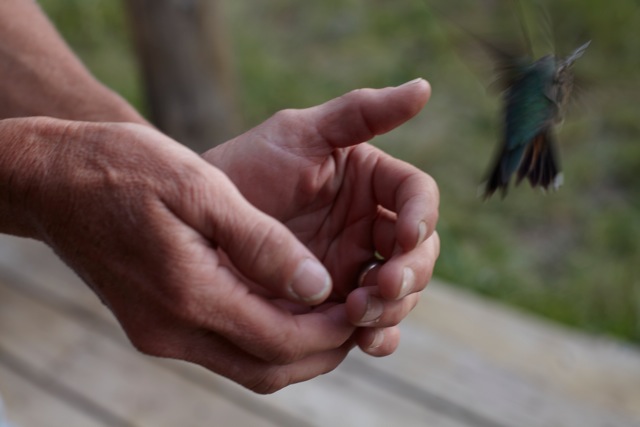 Photo by Tomek, shared by Pia  (My hands)

“There is so much I have wanted to take the time to share with you, but simple as my life seems, sometimes ‘time’ is the hardest thing to find…

We just spent the last week down at the Little Cabin, a one room cabin without indoor plumbing on this side of the river just across from the seemingly endless wilds of the Weminuche Wilderness.

We rented our house out – funny the things one does for money – but really it was a good excuse to have a retreat. It was wonderful, though I’m now very behind in things like correspondence… and laundry!

Twice in one week I have heard ‘there is no coincidence,’ though I always thought there was. It’s been an eye opening week for me. And door opening. Those that have seemed locked for so long.  Swinging open with the autumn winds and the last of the fallen leaves stirring in this thin air before the snow presses them tight to the earth.”

Finding answers in a never ending question.  Listen as the Earth speaks.

We close up the Little Cabin, a bit reluctantly, and return to Big Haus.  Return to running water.  Laying in a hot tub at night, sitting on a warm toilet seat in the morning. Simple pleasures. Already missing the show of the Milky Way overhead each night as I step out with a little tin cup and my toothbrush to spit under a willow bush.  The Grande Universe spread above like your plastered ceiling or city lights.  Deeper, farther, infinite.  Silent but for the soothing song of the Rio Grande whispering below me in the quiet of the drought.

Slow settling of the season, mild temperatures and abundant sunshine.  Winter is not harried to be here.

Another long day horseback while we can. This time saving the cows.  A few strays from the open range herd here in summer.  Somehow stuck above treeline, on frozen ground, sparse dried grass and only wind blow snow for moisture.   They chose a “barn” in the last of the timber where from the tell tale signs of their manure, they planned to remain.  If the hunters had not seen them, I imagine there would be nothing more than a pile of bones found there next summer. How they got there, and why they stayed, we’ll never know.  I don’t read the minds of cows, and wonder in cases like this, how much to their minds there really is.  Yet the depth of their understanding and appreciation after we pushed them off the mountain top down to a familiar trail (and running creek water)… I could see it in their eyes.  Perhaps it is just the sympathy within me, but I swear they were loving us, and will look at a German Shepherd from here on in as their savior (for Gunnar of course was there with us, up front, moving the cows to lower ground).

In spite of the mild season, winter comes.  Easing down the mountain.  A measured, slow freezing.  We know better than to be fooled.  It can slam and settle any day now.  We are ready.

And within me, a deep stirring in open waters as a pot boils with a new recipe, and new plan. Where did this come from?  The wildest dreams. As unexpected as the sudden shock of red on the throat of the hummingbird.  At the same time as calm and powerful as destiny, as the Red Tail rises overhead, without a beat of his wings. 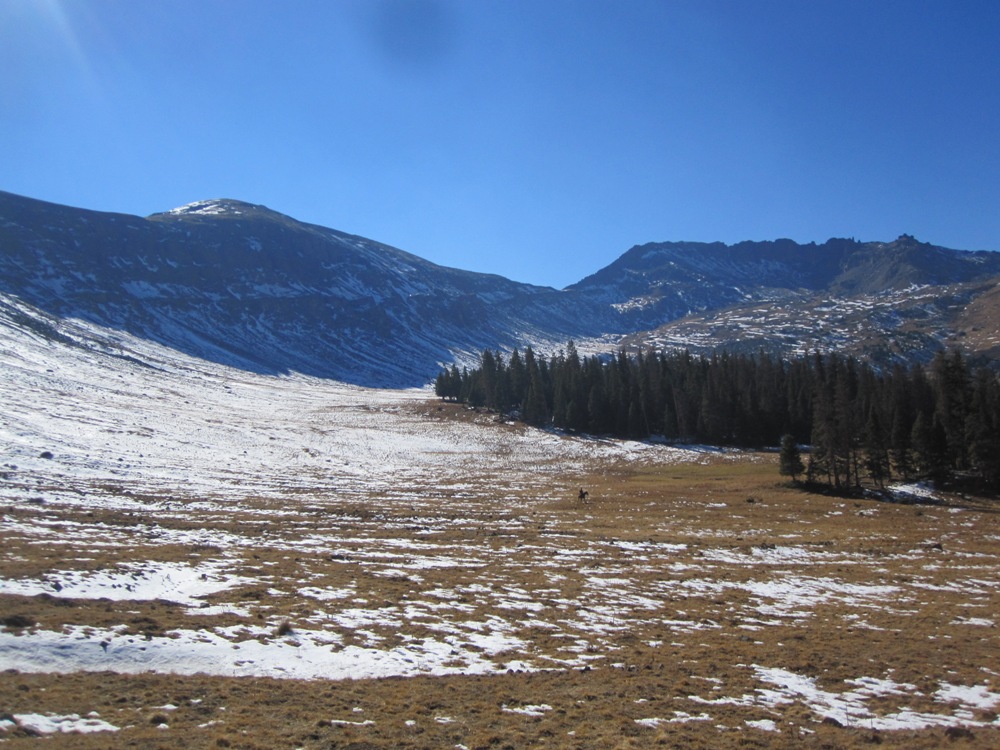 (Pardon the quality of these photos – I’m still resorting to my little old camera when horseback; haven’t figured out how to handle a little horse and the big camera at the same time yet.)