A time of contradictions.  Harsh and raw. Revealing, emerging, exposing. An open wound.  Healing from the year before.

She has lost her hiding places.  And suddenly, she dances.

I wrote this describing spring.  But somehow it feels personal.  Maybe it is.  Interconnected as one becomes, our selves and our land. Changing with the seasons.

One day she melts, then next she is covered again as a furious spring storm blows in, lets lose its load and leaves, only to return an hour later.

Up here, we expect it.  Heavy, wet spring snow and the choice to remain indoors comes as a relief, maybe, just for one day, part of a day, and already I’m itching to get back out there.

I see now the innocence, perhaps ignorance, of my intentions.  The intimate view of my first book, exposing an open wound. What was I thinking in sharing this?  Two more of a similar vein completed, and now I find myself bled out.  I’m starting a novel now.  Nothing about me.  I’m making the damn thing up. 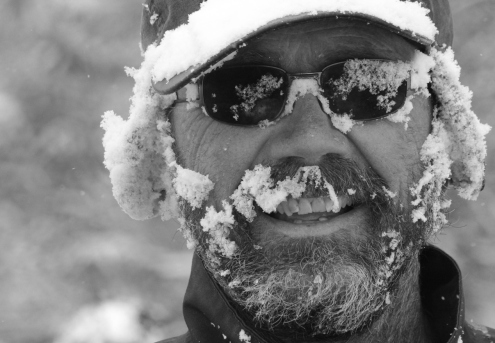 Trying to keep my head above water when some days I think it would be easier to just let go.  In my dreams I can breathe beneath the surface.

Yesterday the mountain lets loose in a wild rage of passion and fury and brown waters, melting snow, exposed earth like pale flesh, and the first fertile signs of sprouting green.

The great big wash that is the great big melting of the mountain began gushing down pasture between the top layer of slushy pink snow and a bottom still of ice, a fine line from cutting deep trenches through our fragile sub alpine soils and stealing it down river.

Sun burn and sore muscles as you can’t call it quits when the air finally feels so good and the long days are hard to leave when the sun still shines.

Morning muses as the mountain thaws and soft pink spreads from the top down as the sun light emerges in the mornings. Geese on the reservoir flats, though there is little open ground.  The air is alive with birds and their songs as I feed the horses in the morning, and hear though never see those owls in the evening as I go out with the dog under brilliant stars and growing moon.

We press spring and push back her snows with Bob’s Cat and there we have mud and we’re not sure it is better or worse but it is spring and the change is always exciting.  Preparing to break ground.  Forgive me, Earth, for cutting into you as we do our best to live with you, lightly beside you. May we not take but give to each other in no other way than letting each other be.

Out on pasture with a couple of curry combs, one in each hand.  I’m going for quantity, not quality here.  Get off some of the dang mud.  Their winter coats are just beginning to shed.  Out in the wind, it becomes an inevitable pig-pen dust storm around each broad back blowing into my squinting eyes. 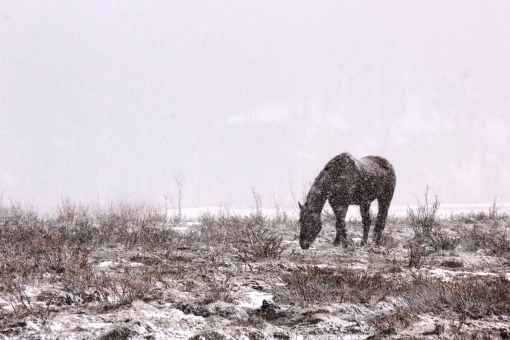