Another week passes, with rain on the laden heads of grasses rich and bursting, waist high and ready to spread their store, and frost out on the flats along the Divide silver sparkling in first morning light,  and clouds white and heavy and full of mischief enwrapping the stoic mountains that keep their stone face in spite of the teasing and tickling of the continued rains that drip and cover and pour and wind little ribbons of silver down charred matte black hillsides and let you know really, it will all be ok.  Some day.

And now the water flows.  In the ditch we have so carefully tended.  It’s not our water, but we watch it, mesmerized, dancing down the course we have cared for.

A rare occurrence for this time of year.  For our ditch.  Perhaps it is the rains.  Work is disrupted.  A bittersweet parting.

Dare I complain about that which I so longed for only months ago as the moss cowering beneath the barren branches of the stripped spruce trees shriveled and dried and the grasses wilted and browned and my spirit became still in the wake of the winds that stirred mighty fires? 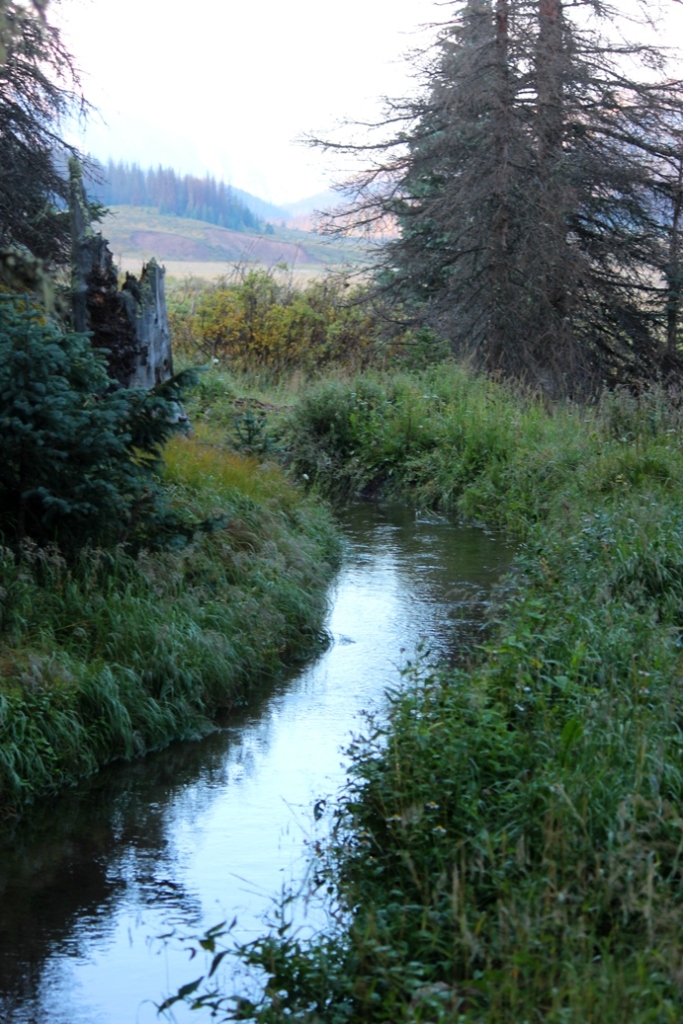 Now what? I ask myself as I stare at my hands held before my tired eyes. Eye lids drooping over a once solid steel grey stance. Do I already have too many years of squinting while working in the strong high sun?  Too bad.  I’ll take the wrinkles I have earned and hope my husband finds them as enchanting as the wild ride of a life that produced and continues to feed them.

My hands.  I see calluses I have worked for.  Only to watch fade away for now their work is done. For this season at least.  What will the next one bring? 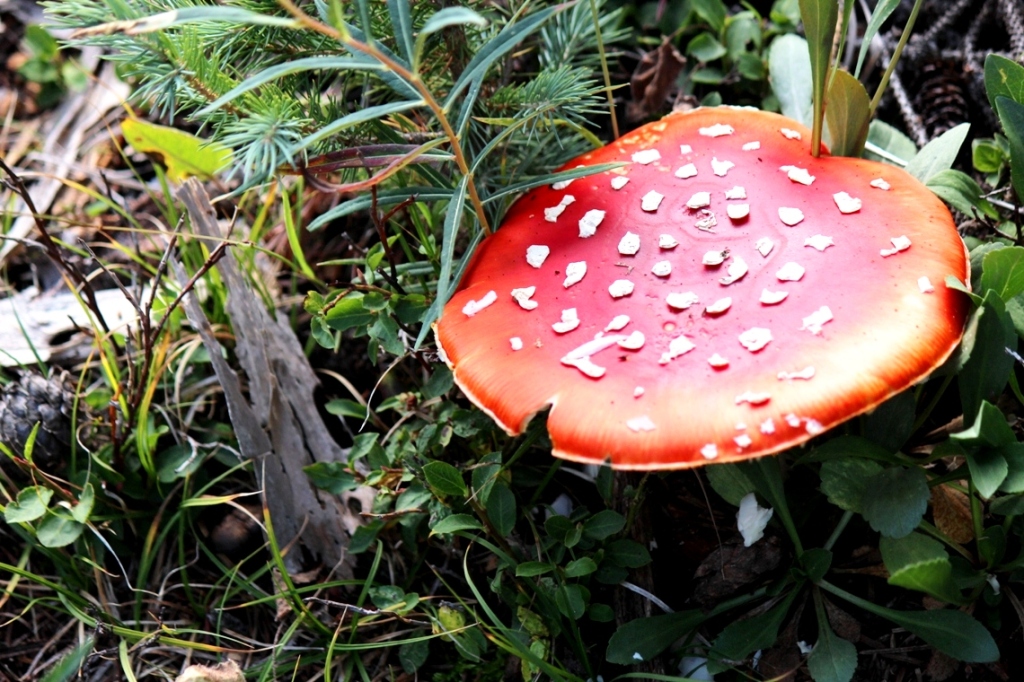 I hate to be done.  For where does that leave me, what must I do today?  Only that which I seek out and find, not that which is pressing and forced.  It’s a matter of choice.  And is that not often a bit more than we can bite off and chew?

Unless I knew the answer to the riddle for which I am always stirred to dance.

What’s next?  Let me tell you as I try to figure it out myself.  Make it up as we go along.

We leave camp, leave even our Little Cabin by the Big River.  Leave silence, simplicity, hauling water, listening to the river roar brown and milky about the constant rains and the mud slide up river.  Leave the outhouse, the bunk beds, the cabin twelve by twenty which we moved, for those who remember when, by snowcat away from that which was to that which will be.  We’ll build some day.  Soon enough.  Bigger.  Fancier.  With a toilet and a kitchen sink.

As I move back up to main camp and luxuries like solar power and flushing toilets and washing dishes in the sink, I wonder.