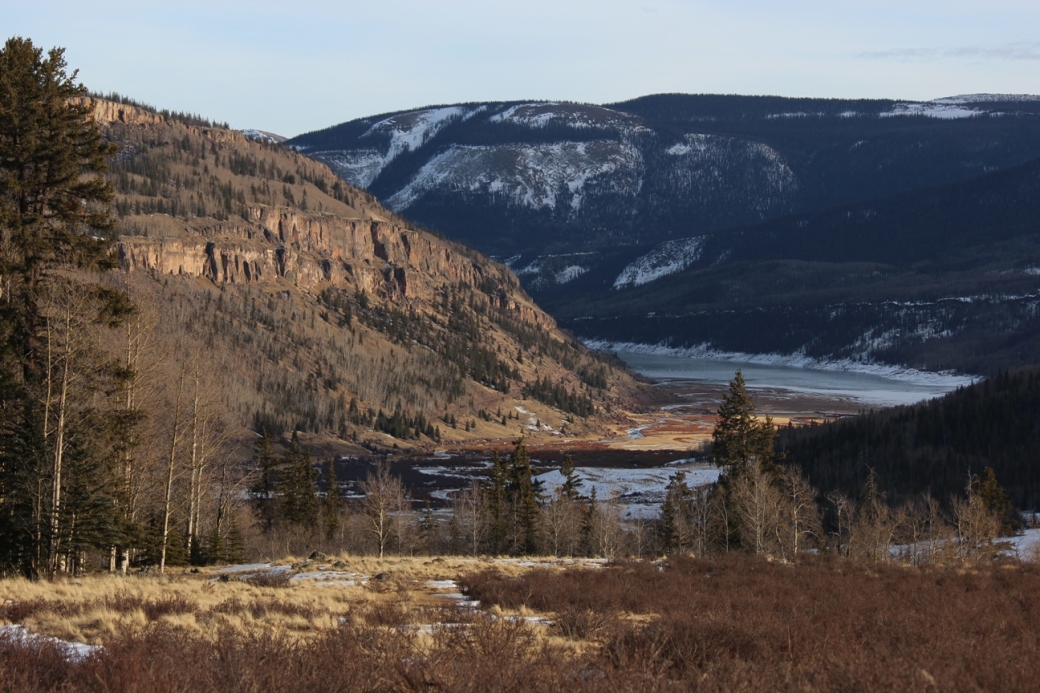 You get an appreciation for life when you’re surrounded by death, you know? Trees are that way for me.

Although decorating for and celebrating Christmas is something I love, the Christmas tree part just had never worked out well for me. First, Forrest was raised in the far north of California where in winter the only action on the one-lane hair-pin turn road beside the rare sighting of one of the reportedly two hundred people who lived scattered in those hills and you hope on those rare times the driver was not drunk and remained on the road which of course was not always the case, was the logging trucks on days they could make it through mud slides, the occasional snow storm, and ice slick like a buttered pan in the sharp curves of the dark draws. Clear cuts like patchwork quilts secretly surrounded us. We would walk through fields that were once forest. It was a way of life there, a steady source of income for as long as the trees were there and then they would move on.

Now we live amongst Beetle kill. Hundreds of thousands of acres dying around my home. The tip of the iceberg visible from the window I look out right now. A hillside more brown and grey than green. And I know next year will even be worse. These little beetles leave a mighty large wake behind them.

The idea of cutting a tree for pleasure is not very pleasurable right now. For years, we cut Christmas branches. Big boughs off of the underside of the giant trees from the Pacific Northwest. Asked the tree for forgiveness, dragged it home through the mud and rain, then hung it up with bailing wire attached to the uninsulated wall you could see right through to sunlight if there ever was, which was not too often in winter.

Here, even before the trees started dying, we set up a fake tree. Saved from the landfill. No one ever seemed to notice. Who would guess, these folks living so far away on the mountain wouldn’t even take one tree? We couldn’t. I guess that’s why we live here, and those that only think about taking… leave. (Ahhhhh… the mountain heaves a huge sigh of relief….)

The trees up here don’t need thinning. Man’s intervention, from what I see from this window, and any other window I’ve looked out of, has been more than plenty. Maybe leave the forest alone for a while. Though now you know it’s too late for that. We’ve got a half a million acres of matchsticks curing out there now.

But… if I may for a moment try to justify my actions… Forrest is coming home for Christmas. I want the house to be festive. You’ve got to have a Christmas tree. The big old trees I could normally poach a lower branch from are mostly already dead. Bob and I discuss bringing home a Beetle kill tree. A tree skeleton, brown and dried and stripped of needles. A sign of the times. Maybe start something new. Kind of misses the holiday cheer, we decide.

We find a tree that I know from personal experience is one you have to kick your boots from the stirrups and lift up your legs to ride through. And that’s even riding my little Arabian. What if I ride Big Fat Mamma Tres, or heaven forbid, the draft horse Norman? Really, it should go. We’re convinced. This isn’t murder. It’s necessary. It has a purpose.

We took it. Dragged it home well over a mile from the horse trail across river.  It’s here now dressed up with colored lights that we can’t plug in because it is cloudy today. The downfall of solar electricity. A bit of a bummer after nothing but blue skies for what seemed like months. Grey skies today, and not even the reward of snow.

It is dry. Too dry. Remember, I live at an elevation of almost 10,000 feet. It’s supposed to be winter here by now, big time, and this snow which is not here is what should feed the river next year. The headwaters of the Rio Grande, wild and free above and around me. The drought continues. Ten years and counting. This year appears to be the worst yet. Warmest, driest.

Mid day and the horses are out grazing on last seasons grasses now dried and brown. The hawks sweep low and are rewarded with moles and voles still above ground finding no solace beneath the leafless cinquefoil.

or so it should

these things must
Come
but have not yet

skies skim over
Meaning nothing more
than the promise of returning

to blue
Which where I find myself

the slow process of
silencing the river

watching sand
Fall between open fingers
That try to hold onto

What will not remain

the mountain turns
soundless as the river
freezes over and my

future lies before somewhere
in the twisted silver path thick

I watch hillsides
fade to grass pale as snow 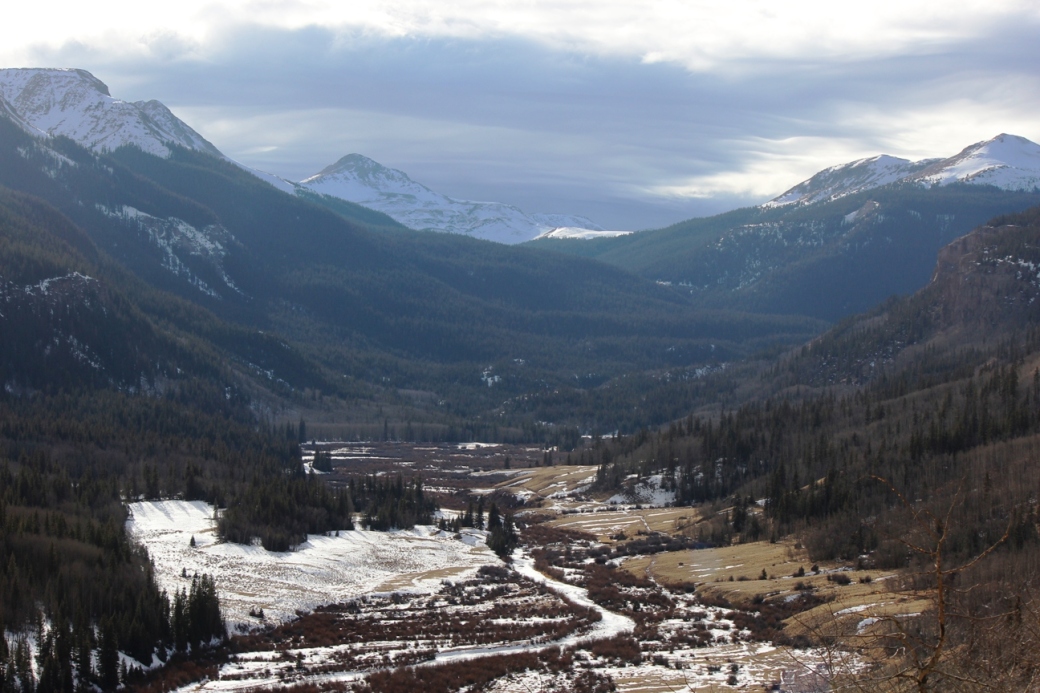 6 thoughts on “Ode to a Christmas tree”